Peter Lovelock is the Director of TRPC, along with Professor John Ure. Peter and John established the Telecommunications Research Project (TRP) at the University of Hong Kong in 1993 and the Telecoms Infotechnology Forum (TIF) in 1996. Peter subsequently established the TRPC offices in Beijing (1999) and Singapore (2006) and expanded the academic collaborations in both locations, initially with the Chinese Academy of Social Sciences (CASS), and subsequently with Qinghua University and the National University of Singapore (NUS).

Between 1999 and 2004, Peter built and ran China’s leading IT research consultancy, and prior to that he was a lead policy analyst at the UN in Geneva, where he was principal author on the World Telecommunications Development Report amongst others, including many of the ITU Secretary General’s speeches from this period.

Throughout his career Peter has provided strategic advice to the likes of RAND, Vodafone, Telstra, all of the Chinese carriers, most of the world’s major telecom vendors (Ericsson, Alcatel-Lucent, Huawei, ZTE, Nokia), Google, PWC, KPMG and McKinsey, White & Case, Perkins Coie, Baker & Mackenzie, and Mandiri Bank. He has also worked with the World Bank, the IFC, the ADB, the ITU, UNDP, APEC, and has advised most governments around the region.

In recent years he has authored reports on global data networks and bandwidth developments, broadband wireless access technologies and market growth, consumer premise equipment and multimedia strategies, and convergence policies in Japan, Singapore, China and Australia, among others. 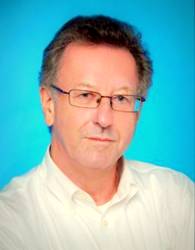 John has wide experience in consultation work for UN agencies such as the World Bank, the IFC, the ITU, UNDP, UNESCAP and others, and for many private sector companies, policy makers and regulators across the Asia Pacific, Central Asia and in North Africa. Recent reports include an influential comparative study of leased lines prices across APAC economies for the Asia Pacific Carriers Coalition (APCC) and co-author of an IFC study Mobile Banking in Indonesia.

Between 2011 to 2014 John also served as the part-time Executive Director of the Asia Internet Coalition (AIC) formed by eBay, Google, Nokia, Skype and Yahoo; and served for 3 years  to promote open and affordable access to the Internet and the digital economy in the Asia Pacific region; this includes submissions on copy right laws, data privacy laws, IPR and net neutrality regulations to governments in Australia, Hong Kong, Malaysia, the Philippines and Singapore.