Welcome to Pepper. Pepper will be your close companion, enjoying your jokes, sympathizing when you are sad, keeping quiet when you are tired, and serving you tea when you need refreshment. Not sure yet if Pepper can run down to the local shops for your groceries, or maybe walk the dog, but that will sure be soon to come. Of course, Pepper won’t need to drive the car, it will drive itself. Welcome to the new age of the personal robot.

It’s not completely new. Pepper’s older cousin, a rather limited fellow if the truth be told, has been vacuuming those difficult-to-reach corners of your house or apartment for some years now, methodically ploughing its way up and down your carpets. Pepper also has distant ancestors, such as semi-automated household appliances, washing machines and ovens that regulate themselves. Their common DNA is the microchip, which has evolved so rapidly over such a short span of years. Among machines, only the survival of the quickest counts. 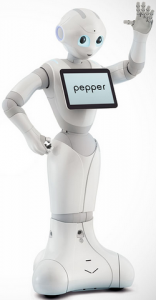 Thanks to SoftBank, Pepper the robot that can “read emotions”[1] is now among us, well in Japan at least but soon to travel the world. No doubt about it, Pepper will spice up the trend towards really ‘intelligent’ humanoids. Actually, ‘noids’ because there is nothing human about them except the choice of their design, and even that is more ET than Ed or Edwina. They simply work in a different way to us. As an article in the Financial Times puts it “Their internal network is far simpler than a human brain, but they partly make up for this disadvantage because their ‘nerves’ transmit messages at the speed of light, millions of times faster than the chemical transmissions in human brains. They can learn to identify dogs, cats and human faces by crunching through millions of images…(and, crucially, they never get bored).”[2] The intriguing question is always the same one: can they be programmed to empathise? When Pepper “reads emotions” does that imply emotion or just functionality?

Functionality alone is not necessarily something to be sneered at. A psychoanalyst, for example, who gets emotionally involved with her patient easily loses her ability to help. Life forms of all kinds work depending upon functionality with great success, especially in the insect world, and it is the insect world rather than the human that seems to be the closest analogy. As a story in the 1950s goes, a mathematician was asked by the Pentagon to work out the surest way to deliver an H-bomb without the plane carrying it being intercepted and shot down. His solution was to forget about expensive technologically-advanced bombers and replace them with hundreds of identical small light-weight jets, one of which would carry the payload. He lost his job and went to the Rand Corporation instead. Now DAPRA (the US Defence Advanced Research Projects Agency of the Internet and cruise missile fame) is “working on an insect-shaped drone” capable of flying through windows at 45mph and at Harvard on a “‘Robobee’ which has a 3cm wingspan.”[3] The Matrix movies got it right.

The advantages of mini-robotics for the military are clear. First, financial cost comes down but budgets can be maintained through volume to keep the generals happy. Second, human cost comes down as drones rather than people are sent into danger, which keeps the politicians happy. Third, because the R&D is mostly based upon open source, global competition will be fierce requiring constant investment by governments, which will keep the captains of industry happy. The biggest downside is that this could make the recourse to armed conflict a more attractive option. A Geneva Convention that restricted combat to robots, excluding all humans, military personnel and civilians alike, would be an imaginative proposition, but somewhat unlikely. When country A sees its last robot fall to the robots of country B there will be a temptation to revert to old fashioned human combat.

And none of this is completely fanciful. Cyber warfare, which is already with us at a low level of intensity, is really no more than disembodied robotic warfare, the programming and functionality without the humanoid. But other, less combative uses are daily becoming done by robots. In manufacturing the use of robots has been around for several decades, and indeed the terms robotics and cybernetics were borne out of the Second World War – as, by-the-way, were cellular phone networks. The real difference today is that the military-to-civilian chain of development has been somewhat reversed, or at the very least they move in tandem. 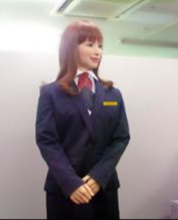 Today we have Pepper. Tomorrow, who knows what condiment will keep us company. We also have the robotic receptionist at the Henn-na Hotel or ‘Strange Hotel’ in Japan (where else!) where the “guests check in, check out, get their rooms cleaned and their luggage conveyed by a fleet of blinking, beeping and rolling robots that the hotel describes as ‘warm and friendly.’”[4] And if your soccer team is relegated you can always go watch RoboCup,[5] and upcoming stars such as Robnaldo.

For the future, when robots really come into their own, when as Prof Stephen Hawkins and entrepreneur Elon Musk warn, they will begin to replace all human productive activity, and the world will be turned upside down. Then, if we are lucky, we humans will be assigned the task of keeping Pepper company. Hope s/he/it drinks tea. 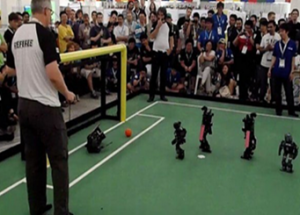 The attached report is the Final report of the Environmental Interest Group (EIG) of the Inter-Modal Transport Data-Sharing Programme. It arose from the discussions of the EIG held in 30th September 2020. Its purpose is...